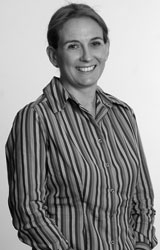 Having completed her professional accounting qualification through Deloitte in Cape Town, Tania continued to work for Deloitte first in New York and then in Cape Town before immigrating to London, where she held increasingly senior roles within finance and IT at Anheuser-Busch Europe Ltd, culminating in her role as European IS Manager.

Upon returning to Zimbabwe, Tania was for a period, Financial Director of  Zimbabwe focused investment Group, Cambria Africa plc before assuming her role as General Manager at Arlington.