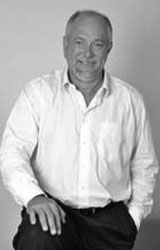 From 2007 until late 2014, he was the Group Chief Executive Officer of National Foods. He had previously held senior management positions with Innscor Africa, which he joined in 2001, prior to which he was Managing Director and equity partner of Shearwater, a tourism and adventure company. He sits on a number of boards and charitable trusts.